Intellectual curiosity and the desire to understand what happens in the world are the compass guiding my life. A solid background in security studies, combined with different international experiences, makes me particularly suitable for the analysis of complex geopolitical dynamics. I never miss a chance to read a good book scattering the shadows around intriguing cultures. 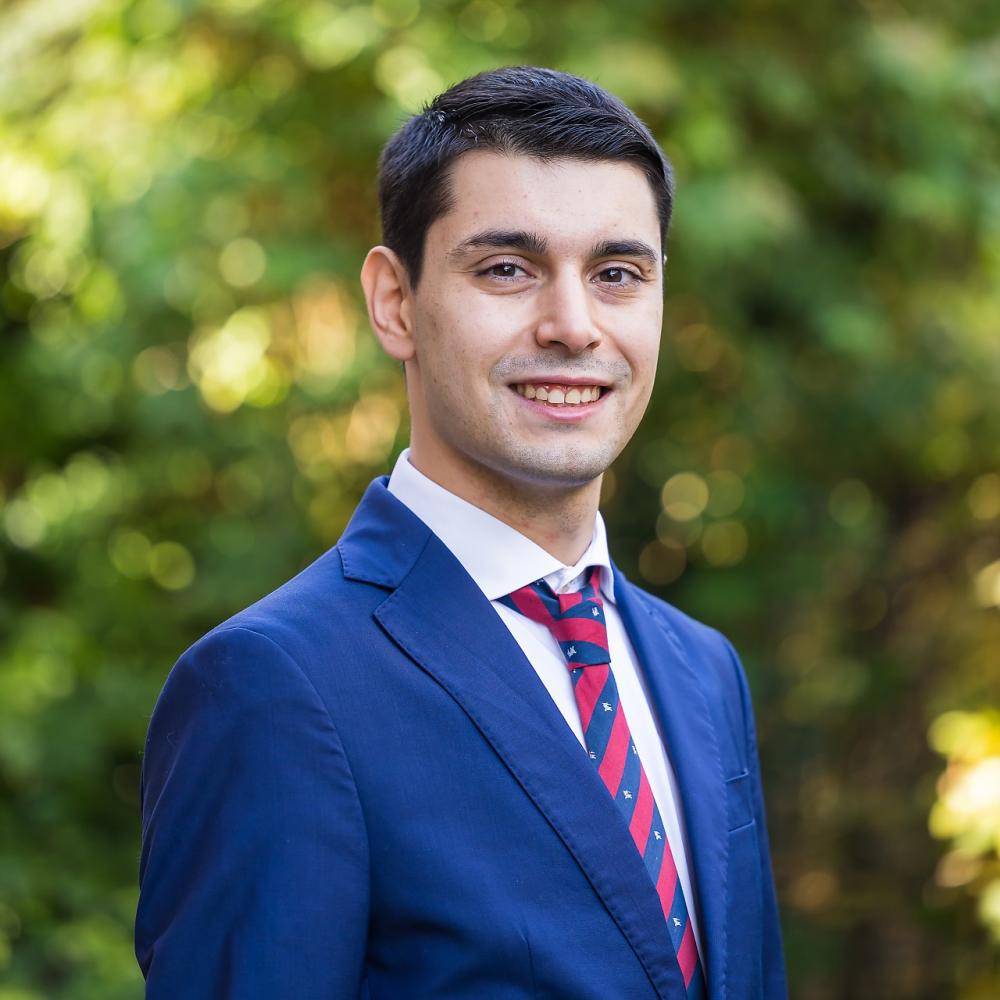 The geopolitical competition is back at the heart of European political life. The outbreak of a new wave of hostilities in Ukraine has heavily affected the geopolitical landscape and paved the way for a period of widespread instability. A decade of growing competition in Europe and beyond between two poles of antithetical values, liberal democracy and authoritarianism, has increased the necessity to unveil the dynamics behind the European Union's efforts to foster peace in the eastern neighborhood. Despite the EU peace-building capacity has been the focus of several seminal works, part of the scholarly underlined a research gap concerning the growing role of mounting dissensus surrounding liberal democracy. Therefore, the GEM-DIAMOND's 4th Work Package (WP4) could represent a unique opportunity to assess to what extent the exogenous competition shapes the EU’s capacity to act, addressing specifically the impact of dissensus against EU peace and stabilization mechanisms.

The WP4 research project, in order to illustrate how the exogenous competition shapes the EU’s capacity to act in the former Soviet space, should be focused on the following research question:
 In the context of the geopolitical competition in the Eastern neighborhood, to what extent exogenous-driven dissensus targets EU peace and stabilization mechanisms?
In order to compressively answer the ‘primary research question’, a focus on the following ancillary research questions is required:
1. How to define, frame and operationalize dissensus?
2. To what extent dissensus in conflict-affected areas is linked to the peace processes?
3. To what extent dissensus is directed against the promotion of democratic values?
4. To what extent dissensus can be driven by exogenous influences? How, in which ways and modalities illiberal actors influence dissensus?
5. How, in which ways and modalities, exogenous-driven dissensus affect EU peace and stabilization mechanisms in the Eastern neighborhood?
6. To what extent EU peace and stabilization instruments are adapting to the geopolitical competition and the related mounting dissensus?

The above set of research questions can be framed in a linear consequential correlation:
Presence of dissensus in conflict-affected areas > dissensus linked to exogenous influences > exogenous influences on dissensus linked with illiberal actors > dissensus directed against the promotion of democratic values > exogenous-driven dissensus directed specifically against the EU peace and stabilization initiatives
The consequential correlation can be narrowed to two main interlinked correlations of variables:
a) A causality between illiberal actors and mounting dissensus against democratic values
b) A causality between exogenous-driven dissensus and the EU stabilization initiatives

Börzel, Tanja A. & Bidzina Lebanidze, “‘The transformative power of Europe’ beyond enlargement: the EU’s performance in promoting democracy in its neighbourhood”, East European Politics, vol. 33, no. 1, 2017, pp. 17-35.
Cross, Mai'a K. Davis & Ireneusz Karolewski, “What Type of Power has the EU Exercised in the Ukraine-Russia Crisis? A Framework of Analysis”, Journal of Common Market Studies, vol. 55, no. 1, 2017, pp. 3-19.
Delcour Laura, Esther Ademmer and Kataryna Wolczuk “Beyond geopolitics: exploring the impact of the EU and. Russia in the ‘contested neighborhood’” , Eurasian Geography and Economics 57, no. 1 2016, pp 1-18.
Delcour Laura, Kataryna Wolczuk “Spoiler or Facilitator of Democratization ? Russia’s role in Georgia and Ukraine” (with), Democratization 22, no. 3, 2015, pp 459-478.
Ginty, Roger & Darby, John. . Third Parties: External Influences on the Peace Process. 2002
Jacobson, Dan, Intraparty Dissensus and Interparty Conflict Resolution: A Laboratory Experiment in the Context of the Middle East Conflict . The Journal of Conflict Resolution Vol. 25, No. 3 (Sep., 1981), pp. 471-494
Kuzio, Taras, “Ukraine between a Constrained EU and Assertive Russia”, Journal of Common Market Studies, vol. 55, no. 1, 2017, pp. 103-120.
Romanova Tatiana, Maxine David “From a ‘Common’ to a ‘Contested’ Neighbourhood: Connecting Levels of Analysis in EU–Russia Interaction”, in The Routledge Handbook of Eu-Russia Relations, edited by. London: Routledge, 2021.
Sisk, T. ‘The Violence-Negotiation Nexus in Divided Societies’, Washington, DC: United States Institute of Peace Press, 2001.
Smith, Hanna, “ In the era of hybrid threats: Power of the powerful or power of the “weak””?, Hybrid CoE Strategic Analysis 1, October 2017
Smith, Karen, “The EU in an Illiberal World”, Current History, vol. 116, no. 788, 2017, pp. 83-87.
Smith, Michael, “Beyond the comfort zone: internal crisis and external challenge in the European Union's response to rising powers”, International Affairs, vol. 89, no. 3, 2013, pp. 653-671.
Stedman, S.J., Peace Processes and the Challenges of Violence. In: Darby, J., Ginty, R.M. (eds) Contemporary Peacemaking. Palgrave Macmillan, London. 2003
Tocci, Nathalie, The EU and Conflict Resolution: Promoting Peace in the Backyard, London, Routledge, 2007.

The Union, via its External Action Service (EEAS), is actively involved in various stabilization activities. Common Foreign and Security Policy (CFSP) platforms and EU diplomatic initiatives have been widely employed to face crises in the post-soviet space. These initiatives often take place via the Instrument contributing to Stability and Peace (IcSP) or funds dedicated to EU civilian and military missions, which made them easily trackable. Therefore, the WFP4 project should be focused on a set of countries targeted by EU peace and stabilization initiatives. Particularly, the study will be focused on Ukraine, Moldova and three Caucasus countries (Georgia, Armenia and Azerbaijan).
Luigi Nicolò is a Marie Skłodowska Curie Doctoral Fellow at the Université libre de Bruxelles and the Babeș-Bolyai University in Romania within the Horizon Europe GEM-DIAMOND project (Globalisation, Europe, and Multilateralism - Democratic Institutions, the rise of Alternative Models and mounting Normative Dissensus). His doctoral project, supervised by Aude Merlin (ULB) and Valentin Naumescu (UBB), examines the impact of political dissensus driven by external actors on EU peace and stabilization initiatives, specifically in the Eastern neighborhood.
His research mainly focuses on various European security’s issues, challenges to multilateral institutions and the EU external action in conflict-prone regions. Prior to joining the GEM-DIAMOND project, Luigi Nicolò has worked at the Political office of the EU Delegation to Armenia, at the EU-Russia Parliamentary Committee of the European Parliament, at European Security Department of the IMEMO RAN Institute in Moscow and at the Italian Chamber of Commerce in India. He also volunteered for a United Nations Industrial Cooperation (UNIDO)’s project in Russia.
Luigi Nicolò holds an MA in International Relations (Double-Degree) from the University of Kent in Canterbury and the HSE University in Moscow, an Advanced MA in European studies from the College of Europe in Bruges and a BA in International Affairs from the University of Milan with an Erasmus + experience in Lithuania. In 2022 completed a graduate course in diplomatic studies at The Italian Institute for International Political Studies (ISPI) in Milan.
• Камерани А., Сегарицци Л. “Обзор социально–политических оценок политики Италии на российском направлении” [The Italian socio-political panorama vis-a-vis Russia. Influences behind domestic actors] // Мировое развитие. Выпуск 21 / М.: ИМЭМО РАН, 2019. С.231.
• “The European Defence between Moscow and Washington”, 4th Tartu Annual Conference on Russia and East European studies, Tartu (Estonia),11 June 2019
• “Mare Nostrum/Terra Nullius: influenze russo-turche nel mediterraneo”. [Mare Nostrum/Terra Nullius: Russian and Turkish influence in the Mediterranean], TUTTI Europa 2030, October 2021