Continuing an established tradition within the GEM Ph.D. School, of which the GEM-DIAMOND project is the most recent product, the kick-off meeting also provided the opportunity to welcome a guest speaker from beyond the confines of the participating institutions. The reasoning behind the cycle of GEM keynote speakers is both to provide the GEM-DIAMOND fellows with additional networking opportunities and to ensure work done within the project speaks directly to other parts of the research wider community. As such, guest keynotes are an opportunity for the GEM-DIAMOND community to engage with wider scholarly debates relevant to their own efforts surrounding the implications of mounting dissensus surrounding liberal democracy and the rule of law.

Because of his seminal work on the contestation of the Liberal Orders - whether from the inside or the outside, Professor Michael Zürn (Director of the research unit on Transnational Conflicts and International Institutions at WZB, Director of the SCRIPTS project. Head of WZB’s Rule of Law Center and Professor of international relations at Free University Berlin) emerged as a clear candidate for the 2022 GEM Keynote. Engaging with the work done by professor M. Zürn was of particular interest as the community was set to leave the starting blocks and start fleshing out its shared understanding of dissensus. With the above in mind, professor M. Zürn was given two opportunities to interact with the GEM-DIAMOND community and contribute his insights on international contestation. He first gave a keynote talk and subsequently he chaired an interdisciplinary panel on dissensus.

The keynote by professor M. Zürn on Wednesday the 19th of October discussed the global decline of Democracy as it is confronted with two sources of contestation: from the outside by authoritarian states challenging the global liberal order; and from authoritarian populists within liberal democracies undermining democratic institutions' good functioning. Professor Zürn sees either form of contestation rooted in a contemporary dissatisfaction with the workings of both liberal democracy and the liberal international order. The herculean task he sees for liberal democratic regimes moving forward is how to defend liberal democratic institutions while simultaneously having them evolve and adapt. In his mind, this epoch-defining struggle will largely determine future trends for European liberal democracy. 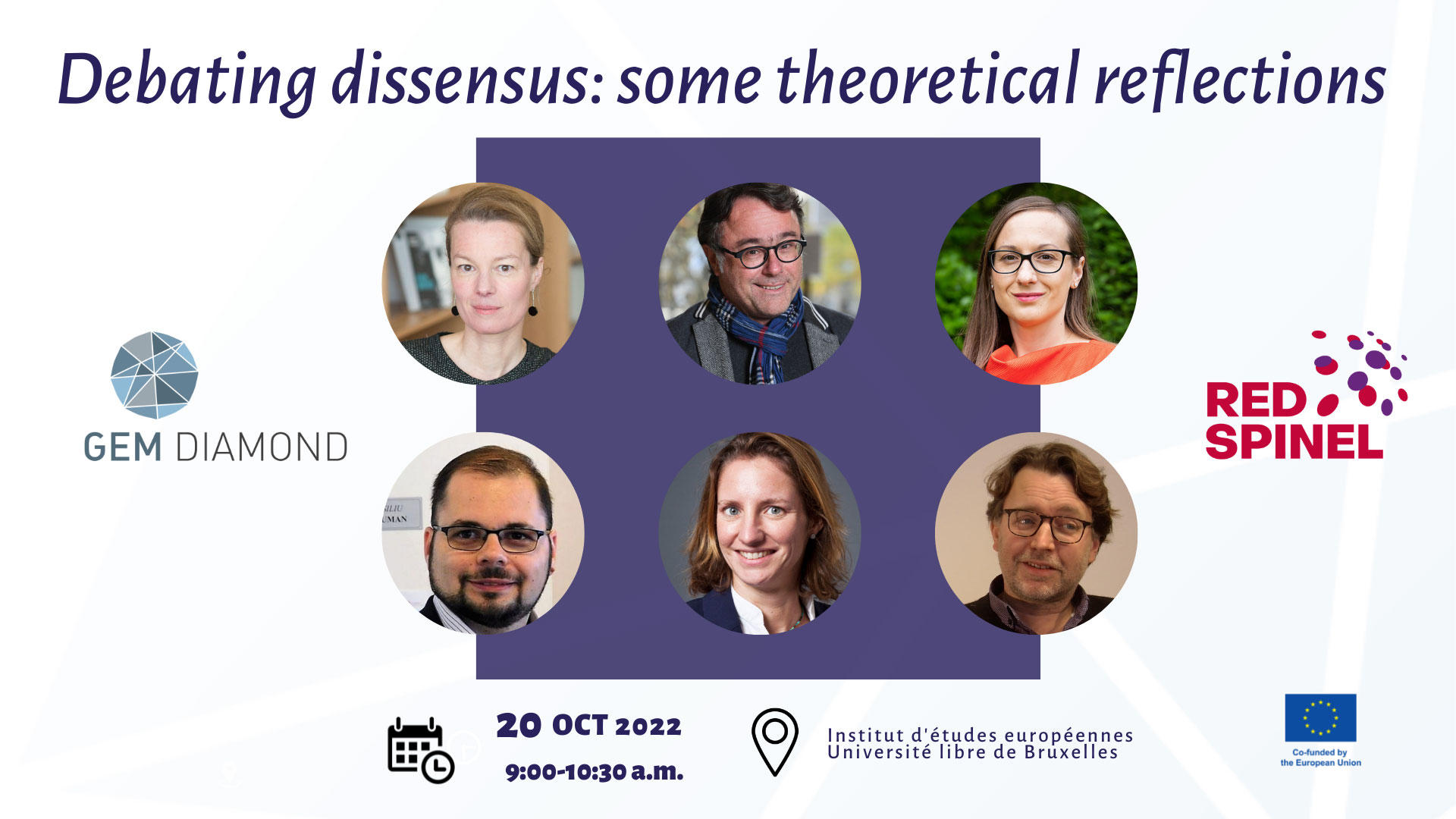 The next day, on Thursday the 20th of October, professor M. Zürn also chaired an interdisciplinary panel entitled “Debating Dissensus: some theoretical relfections”. Alongside professor M. Zürn, all five panels were invited to consider four key transversal questions: (1) What is the nature of the current dissensus? (2) How do internal contestation and external competition feed into the current dissensus? (3) How is it disruptive to EU policies? (4) What are its implications for the EU polity and its Member States?

The six members of the panel shared their thoughts on the contemporary forms of dissensus that have proven so challenging for liberal democracy and the rule of law. Importantly, in seeking to unpack the notion of dissensus from their own disciplinary vantage point, each panelist drew from their own previous work to both offer a range of insights and raise a number of additional questions. Be they legal, political sociology, international relations, or political theory scholars, all panel members found the notion of dissensus to prove to be a fruitful one able to substantiate sustained interdisciplinary dialogue. As such, the panel's conclusions offer both the nascent GEM-DIAMOND community as well as third parties a sense of relevant state-of-the-art across different fields.